McKinsey Settles Claims Over Its Role in the Opioid Crisis 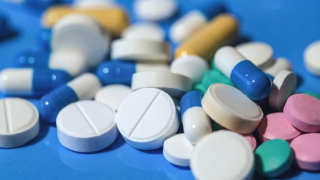 In early February 2021, McKinsey & Company agreed to pay $573 million in a multistate settlement for its role in consulting for drug companies that “fueled the opioid crisis.” The agreement, in the form of a Final Consent Order and Judgment, was filed in conjunction with a Complaint for Permanent Injunction and Other Relief filed simultaneously by 47 states, the District of Columbia, and five United States territories.

HHS OIG Releases Report on Opioid Use in Appalachian States

The complaint details the alleged marketing tactics McKinsey engaged in, especially with relation to how the company advised Purdue and individual members of the Sackler family on how to maximize profits from its opioid products, including targeting high-volume opioid prescribers, using specific messaging to get physicians to prescribe more OxyContin to more patients, and circumventing pharmacy restrictions to delivery high-dose prescriptions.

According to the New York complaint, McKinsey recommended Purdue: focus sales calls on high-volume opioid prescribers (including those who wrote as many as 25 times as many OxyContin prescriptions as others); remove sales representative discretion in target prescribers; focus marketing messaging to titrate to higher, more lucrative dosages; significantly increase the number of sales visits to high-volume prescribers; and create an alternative model for how patients receive OxyContin, including direct distribution to patients and pharmacies.

The total settlement McKinsey agreed to is $573,919,331, of which $558,919,331 will be allocated among the settling states. The other $15,000 will be paid to the National Association of Attorneys General (NAAG Fund) to reimburse NAAG for the costs and expenses of the opioid investigations and to reimburse individual states for documented costs and expenses associated with the McKinsey investigation submitted prior to March 1, 2021.

In addition to the settlement amount, McKinsey has also agreed to publicly disclose tens of thousands of its internal documents that outline the work it performed on behalf of Purdue Pharma and other opioid manufacturers. McKinsey also agreed to adopt a strict document retention plan, continue its investigation into allegations that two of its partners tried to destroy documents in response to investigations of Purdue Pharma, and implement a strict ethics code that all partners must certify each year.

McKinsey also agreed to a provision that states it will not accept any future engagements relating to the discovery, development, manufacture, marketing, promotion, advertising, recall, withdrawal, monitoring, sale, prescribing, use or abuse of any Opioid or other opioid-based Schedule II or III controlled substance.

Washington state announced a separate $13 million settlement with McKinsey and West Virginia a $10 million settlement. Nevada is not a party to the agreements and will continue to pursue its opioid investigation.

Not only is this the first multistate opioid agreement to result in a significant payment to states to actually address the crisis, but it is also the first agreement that holds a consulting firm responsible for advising opioid companies. It will be interesting to see if other consulting firms or other professional services companies will become liable for guidance given to pharmaceutical companies involved in the manufacturing and production of opioids.

McKinsey may also not be out of the woods, as the West Virginia agreement does not prohibit local governments from suing the company. Mingo County has taken advantage of that and filed suit against McKinsey on January 31, 2021.

HHS OIG Releases Report on Opioid Use in Appalachian States