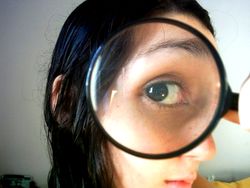 According to a May 18, 2020 Reuters article, the medical diagnostic firm PerkinElmer, Inc. is involved in a federal investigation regarding its role in an alleged Medicare fraud. The investigation involves “tens of thousands of unnecessary genetic cancer tests.”

According to the article, investigators are exploring whether the company helped to enable a scheme by some of its laboratory clients – two of which have already been charged in connection with alleged Medicare fraud, Labsolutions and Personalized Genomics. The tests under scrutiny were conducted by PerkinElmer over the course of eighteen months and earned the company millions of dollars.

The tests run by PerkinElmer are done in high volume and determine whether patients are at risk of developing certain hereditary diseases, including breast cancer and colon cancer. If a physician considers the test the be medically necessary due to family medical history, Medicare will cover the test screening. If the test is not medically necessary, Medicare may not cover the cost.

The investigators are trying to determine whether the company knew (or should have known) that the tests were not medically necessary and that its clients were billing the tests to the Medicare insurance program.

According to Reuters, some of the tests sent to PerkinElmer raised concerns among employees because the patients did not always fit the typical testing profile, and few of those test results showed a cancer risk.

Reuters also cites reports that Madhuri Hedge, in her role as chief scientist for PerkinElmer’s genetic testing unit, is under investigation for her role in establishing business relationships with the lab clients that have already been charged in the fraud schemes. In an email to Reuters, Hedge denies “any wrongdoing whatsoever.”

As mentioned above, two of PerkinElmer’s lab clients have been charged with wrongdoing following an investigation.

LabSolutions LLC, started working with PerkinElmer in late 2017 by outsourcing genetic cancer testing to PerkinElmer until it could set up its own labs. In September 2019, LabSolutions owner Minal Patel was indicted on charges of healthcare fraud and paying/receiving kickbacks to and from marketers who collected cheek swabs from patients for genetic testing. Patel has pled not guilty.

The owner of other lab client Personalized Genomics – Ravitej Reddy – was charged by the DOJ for allegedly conspiring to pay and receive kickbacks to and from business consultants, a telemedicine company, and marketers who collected cheek swabs from patients for genetic testing. Reddy pled guilty in January 2020 and is expected to be sentenced in September 2020.

The PerkinElmer inquiry is just one of multiple in a Medicare fraud investigation unveiled by the United States Department of Justice (DOJ) in September of 2019. In this case, the DOJ is allegedly working with the Federal Bureau of Investigation (FBI) and the Health and Human Services Office of Inspector General (HHS-OIG).

Interestingly, PerkinElmer has denied these allegations by saying it has not received any information, and is not aware of any wrongdoing, as is implied by the Reuters report. The company also denied any of its personnel being investigated by the government. PerkinElmer did acknowledge receiving subpoenas, but said they were regarding investigations into third parties and that it has fully cooperated with authorities.