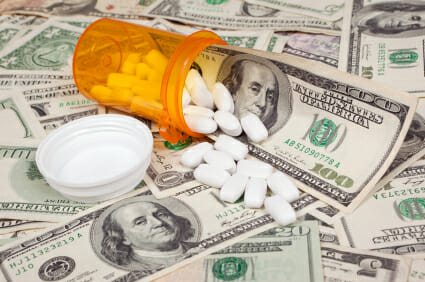 On Monday, it was announced that Novartis AG’s Sandoz subsidiary will pay $195 million in criminal penalties for fixing prices on its generic drugs. This penalty comes as a result of a four-count felony charge being filed against the company and Sandoz entering into a deferred prosecution agreement.

A four-count felony charge was filed in the United States District Court for the Eastern District of Pennsylvania in Philadelphia, charging Sandoz with participating in four criminal antitrust conspiracies between 2013 and 2015. Each of the conspiracies involved a competing manufacturer of generic drugs and various individuals. At the time of writing this article, the Indictment had not been made public. As such, the listing of the charges is from the DOJ press release.

Count One charges Sandoz for its role in a conspiracy with a generic drug company based in New York and other individuals. In response to this charge, Sandoz admitted that drugs affected by this conspiracy included clobetasol (cream, emollient cream, gel, ointment, and solution), desonide ointment, and nystatin triamcinolone cream.

Count Two charges Sandoz for its role in a conspiracy with Kavod Pharmaceuticals LLC (formerly known as Rising Pharmaceuticals) to allocate customers and fix prices of benazepril HCTZ.  Rising was charged and entered into a deferred prosecution agreement in December 2019 for its participation in the same conspiracy.

Count Three charges Sandoz for its role in a conspiracy with an unidentified generic drug company based in Michigan. In response to this, Sandoz admitted that drugs affected by this conspiracy included desonide ointment.

Count Four charges Sandoz for its role in a conspiracy with an unnamed generic drug company based in Pennsylvania. Sandoz admitted that drugs affected by this conspiracy included tobramycin inhalation solution.

Under the deferred prosecution agreement, Sandoz has agreed to cooperate fully with the Antitrust Division’s ongoing criminal investigation. Further, the parties will file a joint motion, which is subject to approval by the Court, to defer for the term of the DPA any prosecution and trial of the charges filed against the defendant.

“We take seriously our compliance with antitrust laws, and in reaching today’s resolution, we are not only resolving historical issues but also underscoring our commitment to continually improving our compliance and training programs and evolving our controls,” said Sandoz president Carol Lynch.

“Today’s resolution, with one of the largest manufacturers of generic drugs, is a significant step toward ensuring that prices for generic drugs are set by competition, not collusion, and rooting out antitrust crimes that cheated American purchasers of vital medicines,” said Assistant Attorney General Makan Delrahim of the Department of Justice’s Antitrust Division. “Sandoz conspired for years with other manufacturers and their executives to raise prices for critical medications, and the Antitrust Division will continue its ongoing investigation to hold both individuals and corporations accountable for these crimes.”

This represents the third pharmaceutical company to admit to criminal antitrust charges and the seventh to be filed in the Antitrust Division’s ongoing investigation into the generic pharmaceutical industry. The previous two companies to admit wrongdoing (Heritage Pharmaceuticals and Rising Pharmaceuticals Inc.) also entered into deferred prosecution agreements.

In addition to the three companies, four individuals have been charged in the investigation. Three of those individuals have pleaded guilty, including former Sandoz executive Hector Armando Kellum. Ara Aprahamian, a former executive of a company based in New York, was indicted in February and is awaiting trial.