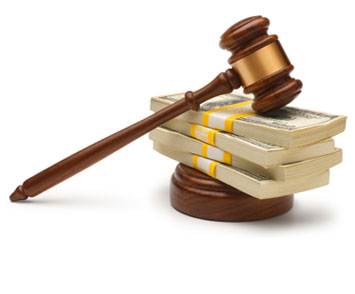 Readers may remember the lawsuit that Mallinckrodt PLC subsidiary, Mallinckrodt ARD LLC, filed against the United States Department of Health and Human Services (HHS) and the Centers for Medicare and Medicaid Services (CMS) over a change the agencies made to the Medicaid rebate rules for Acthar® gel.

Mallinckrodt previously alleged that CMS and HHS illegally reset the base date average manufacturer price (AMP) that is used to calculate rebates the company pays to Medicaid for the gel. According to Mallinckrodt, CMS told the company on May 10, 2019, that if it did not revert to the old base date AMP within two weeks, Mallinckrodt would be “out of compliance” with the Medicaid Drug Rebate Program reporting requirements, which would immediately result in the company being barred from submitting pricing data for Acthar® to Medicaid and being suspended from the Program 90 days after its next reporting deadline.

Recently, however, the District Court for the District of Columbia upheld the CMS decision to reverse its prior determination of the base date AMP used to calculate rebates for the Acthar® gel. With the District Court upholding the decision, Mallinckrodt will pay an estimated $650 million for the time period of January 1, 2013 to present in the form of a non-GAAP adjustment in first quarter results. Going forward, Mallinckrodt estimates that Acthar® net sales will be reduced by $90 to $100 million on an annual basis.

Mallinckrodt had previously argued that the CMS decision was “unlawful” and that it should be “set aside” because allowing it to stand would “significantly undermine” the company’s efforts to continue building its investment in non-sales and marketing activities to modernize the gel.

CMS Modifies Rules to Allow for COVID-19 Tests Without…

“This is clearly a disappointing ruling by the District Court. We continue to believe that a bedrock principle of administrative law is that the government is required to give fair notice and a clear, legal basis for a change in position, particularly when that position has been relied upon by a regulated entity like Mallinckrodt,” said Mark Casey, Executive Vice President and Chief Legal Officer of Mallinckrodt. “Because we believe the decision’s legal reasoning is significantly flawed in several respects, we will move for a stay and reconsideration of the decision with the District Court and, if necessary, appeal to the United States Court of Appeals for the D.C. Circuit. Mallinckrodt remains committed to ensuring Medicaid patients have access to Acthar Gel therapy long term.”

Mallinckrodt will continue to work toward executing its refinancing and exchange transactions to address near term maturities coming due in April 2020 and August 2022 – key elements of (and condition to) a global opioid settlement.

Mark Casey noted, “A number of contingencies were identified as part of the proposed global opioid settlement. We will continue to work collaboratively with the various parties to the agreement in principle to appropriately consider the District Court ruling and what impact this ruling will have on the terms of the settlement. We remain committed to working with these parties to achieve a satisfactory outcome.”