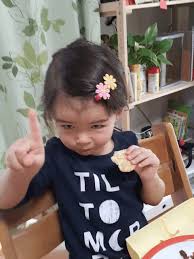 Last week, hospital groups filed suit to stop the Price Transparency Rule. As we reported, the Trump Administration recently published the Hospital Outpatient Prospective Payment System (“OPPS”) Price Transparency final rule, which requires hospitals to post the prices for services that they privately negotiate with insurance companies. Specifically, the rule requires that hospitals post charges for 300 common shoppable services and to update that information at least annually. The final rule was not well-received by the industry, who promised to sue to attempt to stop the rule from being implemented.

On December 4, 2019, several trade associations that represent hospitals, together with several hospital systems, filed a suit against the Department of Health and Human Services (“HHS”), arguing that the rule is unlawful. Specifically, the suit, which was filed in the US District Court for DC, challenged the final rule on several grounds, as follows.

The Final Rule exceeds HHS’ statutory authority. The Centers for Medicare and Medicaid Services (“CMS”) asserted that its authority to mandate this rule derives from a statutory provision requiring hospitals to publish “standard charges for items and services provided by the hospital.” However, the suit alleges that “negotiated charges are not ‘standard charges.’”

The Final Rule violates the First Amendment. The suit alleges that the rule mandates speech in a way that “fails to directly advance a substantial government interest, let alone in a narrowly tailored way.” Furthermore, the final rule does not increase information given to patients relating to their costs of hospital services. That is, the plaintiffs argue that disclosure of negotiated rates would actually confuse patients as “[t]he rates negotiated between hospitals and commercial health insurers do not reliably predict the patient’s out-of-pocket costs, and there is no easy way to reverse-engineer one from the other.”

The Final Rule imposes a significant burden on hospitals, as disclosure of negotiated charges would undermine or eliminate competition. In addition, implementation costs will “overwhelm many hospitals, especially those already operating on low or negative margins.”

The Final Rule is “arbitrary and capricious and lacks any rational basis.” The plaintiffs argue that CMS’ own research found that, from a pricing standpoint, patients care most about their own out-of-pocket costs, not hospital negotiated prices.

The suit asks the court to vacate the rule, and indicates that the Plaintiffs will soon file a motion for summary judgment to that end. Barring judicial intervention, the Final Rule will become effective on January 1, 2021.

In response to the suit, Rick Pollack, president and CEO of the American Hospital Association, noted that “America’s hospitals and health systems stand with patients and are dedicated to ensuring they have the information needed to make informed health care decisions, including what their expected out-of-pocket costs will be.” Pollack added, “[i]nstead of giving patients relevant information about costs, this rule will lead to widespread confusion and even more consolidation in the commercial health insurance industry. We stand ready to work with CMS and other stakeholders to advance real solutions for patients.”

According to CMS 1,500 Hospitals Will Receive Bonus Payments in 2020

Analysis of Hospital Chargemasters Shows Hospitals Have Room for Improvement in…