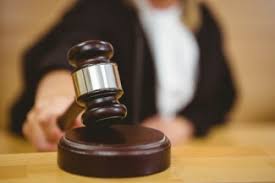 In early October, a Philadelphia jury awarded Nicholas Murray $8 billion in punitive damages over claims that Johnson & Johnson and its subsidiary Janssen failed to warn young men using Risperdal that they could grow breasts.

This case follows a 2013 agreement by the company to pay $2.2 billion to resolve civil and criminal probes into similar allegations.

In this case, Nicholas Murray and his attorneys said that he developed breasts after he was prescribed Risperdal in 2003 for his autism diagnosis by at least two of his treating physicians. The lawsuit accused Johnson & Johnson and Janssen of failing to warn doctors about Risperdal’s risks while improperly marketing it as a treatment for certain mental health disorders in children. Murray’s attorneys released a statement saying that the company put “profits over patients” and made billions of dollars via off-label marketing. During the case, they presented evidence that Janssen’s marketing plan involved sales representatives handing out popcorn and Lego-style blocks to doctors as bribes.

Johnson and Johnson argued that the jury did not hear key evidence that the drug’s label outlined the risks of the medication and provided great benefit to patients suffering from mental illnesses, for which it was FDA-approved. “The jury did not hear evidence as to how the label for Risperdal clearly and appropriately outlined the risks associated with the medicine, or the benefits Risperdal provides to patients with serious mental illness,” the company said in the statement to the New York Times. “Further, the plaintiff’s attorneys failed to present any evidence that the plaintiff was actually harmed by the alleged conduct.”

Interestingly, Murray already received a favorable verdict in a prior case against Johnson & Johnson and Janssen for this issue. In 2015, he was awarded $1.75 million by a jury for the same issue, which was then reduced to $680,000 by a judge. At that time, he was barred from seeking punitive damages in based on New Jersey law (Johnson & Johnson’s “home state”); however, when the Pennsylvania Superior Court ruled in 2018 that the laws in plaintiffs’ home states should apply, Murray’s suit popped back up in Pennsylvania – his home state – for punitive damages.

Johnson and Johnson called the award “grossly disproportionate with the initial compensatory award in this case” and is “confident” that the award will be overturned. In a statement noting its immediate move to set aside the verdict, the company noted that “This award for a single plaintiff stands in stark contrast with the initial $680,000 compensatory award and is a clear violation of due process. United States Supreme Court precedent dictates that punitive damages awards that are a double-digit multiplier of the compensatory award should be set aside.”

The company also stated that the Philadelphia jury’s award is “inconsistent with multiple determinations outside of Philadelphia regarding the adequacy of the RISPERDAL® labeling, the medicine’s efficacy, and findings in support of the Company.”

What is Next for J&J?

While it is possible that the award is lowered on appeal, the pricey verdict could be a sign that Johnson & Johnson will face more high damages in some of the other thousands of Risperdal cases currently pending. According to Bloomberg, Johnson & Johnson is facing 13,000 pending Risperdal cases, totaling an estimated cost of $800 million, in addition to thousands of other cases for baby powder, artificial hips, Xarelto, and other products.