According to allegations made by the government, the two charities worked with various pharmaceutical companies to design and operate funds that channeled money from the pharmaceutical companies to patients who were taking specific drugs. These actions helped to ensure Medicare patients did not consider the high cost of the drug when determining which drug to take and also minimized the possibility that the companies’ money would go toward patients taking competing drugs.

As a reminder, Medicare Part B and Part D allow for partial payments to be made by the beneficiary as a “co-pay” for prescription drugs. This allowance for co-pays was included by Congress as a requirement of the programs at least in part to encourage market forces to serve as a check on healthcare costs – including the prices that pharmaceutical companies charge for their drugs. The Anti-Kickback Statute prevents pharmaceutical companies from offering or paying anything of value to induce Medicare patients to purchase the companies’ drugs. Further, third parties are also prohibited from conspiring with pharmaceutical companies to violate the Anti-Kickback Statute, which is what happened here.

The government alleged that from 2010 through 2014, CDF conspired with five different pharmaceutical companies – Novartis, Dendreon, Astellas, Onyx, and Questcor – to enable them to pay kickbacks to Medicare patients taking their drugs.

In May 2011, Afinitor, a Novartis product, was approved to treat progressive neuroendocrine tumors of pancreatic origin (PNET). In 2012, Novartis asked CDF to open a co-pay fund to cover Afinitor co-pays for PNET patients. At that time, CDF knew that Sutent, a Pfizer drug, also was approved to treat PNET. In August 2012, at Novartis’ request, CDF opened a supposed “PNET” fund. The fund, of which Novartis was the only contributor, covered co-pays only for Afinitor.

Provenge, a Dendreon product, is an FDA-approved immunotherapy for treatment of metastatic castration resistant prostate cancer (mCRPC). Around January 2010, Dendreon contacted CDF to request that CDF create a mCRPC fund. At that time, Provenge’s principal competitor was Taxotere, a less expensive injectable therapy indicated for treatment of various types of cancer. CDF opened its mCRPC fund in June 2010, and, from then until August 2011, Dendreon was the sole contributor to the fund. From June 2010 through 2011, at Dendreon’s request and on multiple occasions, CDF provided Dendreon with data about the number of Provenge patients receiving money from CDF’s mCRPC fund, the number of Taxotere patients receiving money from the fund, and the average amounts of money the fund was providing to Provenge and Taxotere patients. In May 2011, following the FDA approval of Zytiga, an oral therapy indicated for treatment of mCRPC, CDF also provided Dendreon with information concerning the number of Zytiga patients receiving money from CDF’s mCRPC fund. CDF’s provision of this information made it possible for Dendreon to confirm that CDF was using Dendreon’s money primarily to cover co-pays for Provenge, even though other mCRPC drugs were on the market.

Xtandi, an Astellas product, is indicated for treatment of mCRPC for patients who have failed chemotherapy. After the launch of Xtandi in September 2012, Astellas provided funding for the mCRPC fund at CDF. Xtandi is the only major mCRPC drug that is an androgen receptor inhibitor (ARI). In May 2013, Astellas contacted CDF to request the opening of an ARI fund, which would cover mCRPC patients’ co-pays for ARIs, but not for other mCRPC drugs. CDF knew this meant that Astellas was seeking to earmark money for Xtandi patients, and not others, because Xtandi was the dominant ARI drug for treatment of mCRPC. On July 1, 2013, at Astellas’ request, CDF opened an ARI fund. Astellas was the sole financer of CDF’s ARI fund. As CDF intended, Xtandi patients received nearly all of the money that the fund disbursed.

In July 2012, Onyx (now owned by Amgen) received approval to market Kyprolis as a third-line treatment for multiple myeloma, with the requirement that it must be infused at a healthcare facility. Around the same time as the approval, Onyx asked CDF to create a fund that, ostensibly, would cover health care related travel expenses for patients taking any multiple myeloma drug. At Onyx’s request, CDF created the fund, which Onyx alone financed. Internally, CDF at times referred to the fund as the “Kyprolis Travel” fund, and, in fact, it functioned primarily to cover travel expenses for patients taking Kyprolis.

CDF operated another fund that covered co-pays for multiple myeloma drugs, including Kyprolis. CDF’s multiple myeloma co-pay fund received financing from several pharmaceutical manufacturers. In 2013, CDF provided Onyx with data detailing the amounts CDF had spent, and anticipated spending, on Kyprolis co-pays. This enabled Onyx to view CDF’s funding requests as seeking amounts necessary to pay Kyrpolis co-pays but not the co-pays of any other multiple myeloma drug. In 2013, after receiving this information, Onyx paid CDF just enough to cover CDF’s anticipated spending on co-pays for Kyprolis patients.

In a statement released by Good Days, the organization notes that the “settlement reflects the organization’s desire to move forward and concentrate on providing assistance to people in need of life-saving and life-extending treatments.”

PANF allegedly permitted four pharmaceutical companies – Bayer, Astellas, Dendreon, and Amgen – to use PANF as a conduit to pay kickbacks to Medicare patients taking their drugs from 2011 through 2014.

In March 2010, PANF opened a fund that covered co-pays for patients taking any drug that treated prostate cancer. In September 2012, PANF opened a fund that covered co-pays for patients taking drugs that treated mCRPC. PANF’s mCRPC fund covered several drugs, including Xofigo (a Bayer drug), Xtandi (an Astellas drug), and Provenge (a Dendreon drug), as well as drugs made by other companies. After PANF opened its mCRPC fund, Bayer, Astellas, and Provenge worked with PANF to create smaller funds, with each functioning primarily, if not exclusively, to cover the drug of the single company that financed each fund. Each of the smaller funds were funded exclusively by the requesting company and patients receiving the respective branded drug received nearly all, or a majority, of the funds disbursed.

Sensipar, an Amgen product, is approved to treat secondary hyperparathyroidism (SHPT). In September 2011, Amgen approached PANF about creating an SHPT fund. PANF and Amgen then worked together to determine the fund’s coverage parameters so that it would cover only Sensipar. In November 2011, PANF launched a SHPT fund with Amgen alone providing the financing. Until June 2014, Sensipar patients received all of the money PANF’s SHPT fund disbursed.

These settlements are the first settlements made with foundations that are linked to an industry-wide probe that has resulted in over $800 million in settlements with various pharmaceutical companies.

Settlement amounts were determined on an analysis of each foundation’s ability to pay. CDF and PANF also each entered a three-year Integrity Agreement (IA) with Health and Human Services Office of Inspector General (HHS OIG) as part of their respective settlements. The IAs require that the foundations implement measures designed to ensure that they operate independently and that their arrangements and interactions with pharmaceutical manufacturer donors are compliant with the law. The IAs also require compliance-related certifications from the Boards of Directors and detailed reviews by independent review organizations.

“According to the allegations in today’s settlements, CDF and PANF functioned not as independent charities, but as pass-throughs for specific pharmaceutical companies to pay kickbacks to Medicare patients taking their drugs,” said United States Attorney Andrew E. Lelling. “As a result, CDF and PANF enabled their ‘donors’ (the pharmaceutical companies) to undermine the Medicare program at the expense of American taxpayers.”

“Today’s settlements are a warning to all pharmaceutical companies, foundations, and others who try to subvert the charitable donation process for their own financial gain at the expense of American taxpayers. Both the Chronic Disease Fund and the Patient Access Network used their status as charities to shield the illegal activities of pharmaceutical companies seeking to maximize profits,” said Joseph R. Bonavolonta, Special Agent in Charge of the FBI Boston Division. “The FBI and our partners will continue to hold organizations accountable, and to protect and preserve the Medicare system, and the taxpayers who fund it, from kickback schemes like these.” 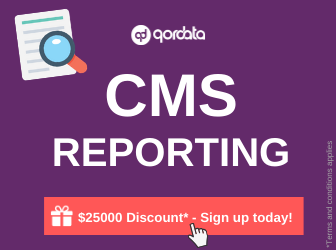