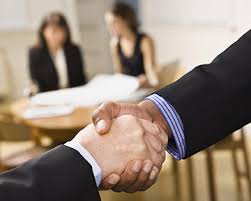 Novartis Pharmaceuticals Corp. (“Novartis”) announced that it has earmarked funds to settle allegations brought by the US Department of Justice (“DOJ”) that it made illegal kickback payments to healthcare providers in order to induce them to write prescriptions for Novartis drugs which were ultimately reimbursed by Medicare and other federal healthcare programs. Novartis has set aside $700 million for “any potential settlement.”

The case, which was filed in the Southern District of New York, stems from allegations brought by a whistleblower in a qui tam lawsuit filed in 2013. The allegedly illegal behavior occurred from 2002 to 2011 in conjunction with the company’s speaker programs and other promotional events. Specifically, the DOJ alleged that Novartis violated the Anti-Kickback Statute (“AKS”) by paying doctors to speak about its drugs, including Lotrel and Valturna, each used to treat hypertension, and the diabetes drug Starlix. The DOJ further alleged that these events were little more than social occasions for doctors, and included cash “honorarium” payments and lavish dinners, sometimes costing hundreds or thousands of dollars per person. In addition, the DOJ alleged that the speaker programs often did not occur at all or had “few or no attendees,” or were held at locations where “it would have been virtually impossible for any presentation to be made,” such as fishing trips on the Florida coast and Hooters restaurants. The DOJ also alleged that these activities violated Novartis’s internal policies, “which require that the programs have an educational purpose and that slides about the company’s drugs be presented.”

According to Novartis’s internal data, from January 2002 through November 2011, it conducted in excess of 38,000 speaker programs for the three noted drugs, spending nearly $65 million on the effort. It also showed that Novartis reaped a high return on investment for the speaker programs, with “honoraria” payments to doctors for speaking about the drugs creating the highest return on investment.

Compounding Novartis’s problems in this suit was a 2010 settlement in another AKS violation suit in which Novartis entered into a Corporate Integrity Agreement (“CIA”) with the US Department of Health and Human Services Office of Inspector General, in which Novartis agreed to implement a “rigorous” compliance program.  However, that compliance program did not detect the speaker programs being used for “illegitimate purposes,” nor did it prevent the kickbacks from being paid going forward. In addition, on the rare occasions that speaker program abuses were reported, the punishment was cursory.

Speaking about the settlement, Novartis CEO Vas Narasimhan noted that it is “consistent with our efforts to resolve our legacy compliance-related allegations.” There is no word yet on what sort of new and improved compliance efforts Novartis will have implement, given the failures of its prior compliance program.